My name is Elisabeth. I spent my younger years trapped in a trauma and victimization mindset; I carried my childhood and adolescent trauma with me for many years. It shaped who I was for a long time. I was always angry and did not value myself. I lived a sheltered lifestyle. For the most part, my siblings and I played outside, which I loved, and on Sundays, we went grocery shopping, which was the extent of our social life. We did not have much money, so I understand why we did not go anywhere.

My mother revealed that my stepfather was not my biological dad at seven or eight. That took a significant blow to me mentally. For years, I felt stupid and silly for calling this man my dad. I felt deceived and betrayed. After that revelation, I changed my relationship with my stepdad. I still loved him dearly, and I still called him dad but something within me had changed. My mother did not speak well of my biological dad, and I never saw photographs of what my dad looked like until I was in my twenties. At that age, from what I could tell, my mother was still in a lot of pain, and she would cry when she would speak of my biological dad. Meanwhile, I was processing a lot between the two fathers I had.

In 8th grade, I met my childhood sweetheart and leaned on him for support, home life was stale, and although my family took care of the necessities, I lacked emotional love and support. We never really heard the word I love you from our parents except maybe at Christmas. I realize now they did their best with the information they had. I was a rebellious teenager. Because I lived a sheltered life, I joined sports in middle school and thrived in sports, especially volleyball. Afterschool sports were my sanctuary of sanity from home life.

In my teenage years, I began processing my childhood trauma from sexual molestation, and rather than expressing myself to my parents; I internalized all the pain. At 14 years old, I ran away from home with him, and my parents called the police to look for me. I was found and returned home and spoke to my mother about all the childhood trauma I received from family members. It was a relief to express her pain. I wanted to be hugged and loved and accepted by my mother. She replied I wish you would have told me sooner. Nothing was ever done or spoken about after my confession. My violators were never pursued or talked about, or named. I did not go to counseling or speak of this event ever again. I spent decades upset with my mother over this. All it did was create more distance between us and resentment. Now, I have forgiven her because I know that things would have been different if she had known better then. The forgiveness was for her and me. It was making me sick, and I was not a good person.

Fast-forward to my senior year in high school, I finished school and left home with my sweetheart. We built a life together, remained together for 13 years, and I had two sons. During the 13-year relationship, it slowly turned toxic. I became more poisonous, and he did as well, and that was not a good combination. We abused each other mentally and emotionally. He became dependent on alcohol. Alcoholism affected our home. I left the marriage several times and came back because I thought he would change, and I wanted to stay for the sake of my boys. I finally left again for good with my two boys.

In 2008 I became a single mother of two boys; the struggle was real. I had no child support and was working to make ends meet. I became so desperate to take care of my children my full-time job working at the community center was not enough income. My finances scared me daily. I made a difficult decision to go to work overseas in Kuwait, the Middle East. I left my kids here with my mother and sister, and while I was away, they moved in with their father. I was guilty of being away for a whole year while my children stayed in a toxic environment. However, before I left, I told my two sons I loved them and ignored what people were saying about me because the goal was to come back with enough money to elevate us and provide more opportunities. My oldest was twelve years old, and the youngest was six. My children suffered while I was away, just as I suffered being gone. I did not have the moral support I was seeking from my family, understandably so. But I do recall my stepdad being supportive.

I arrived in Kuwait in 2010. I signed a one-year contract as a force protection officer at Camp Arifjan US military base. I spent a year there and came home twice for a vacation to see my children. I learned so much living overseas, opening up my whole world. I began to explore my spirituality, and I read books that changed my life. It helped me process inner child trauma and how to live life from now on and remove limiting beliefs. This was the beginning of my healing process. I read the Power of Now, A New Earth, authored by Eckhart Tolle, and The Four Agreements by Don Miguel Ruiz.

In 2011, I returned home to the states and took my children back with me. We were all transformed for life. Reuniting with my boys, we all hugged each other and cried. I took my kids and moved to an apartment. I returned to school during my unemployment phase to finish my associate’s degree. Shortly after receiving my degree, I leveraged it and found a great-paying job to support myself and my kids. I could afford a lawyer to grant me the divorce and finally collect child support.

In 2012, I met my husband; as fate has it, we both worked in Kuwait in 2010. What a small world; he lived in another state, and I in Texas. We are a biracial couple; things moved quickly for us. My boys were accepting, and my husband knew the commitment behind marrying a mother with children. Fast forward and two additional kids later, we are now a blended family.

My last child was approaching my forties, working full time and doing all the miscellaneous tasks that mothers and wives do. My son had colic for a very long time. For the first time, I battled with dark postpartum depression. I was suicidal and depressed for many months. At the time, no one knew about my battle with postpartum depression except a friend and my husband. I was looking for help and didn’t know where to turn. Things eventually improved with time, except in 2017, my life changed forever.

On Father’s Day, June of 2017, I woke up with my entire body feeling tingly. As my symptoms progressed daily, I got worse. Numbness, tingly skin, migraines, arthritic pain, and much more, my face began drooping. I went to the ER, and tests were administered. I was going through a stroke and Bell’s palsy situation. Doctors said my immune system was attacking my body. I did not understand what that meant. I was partially paralyzed on the left side of my body. I limped and stuttered my speech for many months. I lost my cognitive and neurological function. I lost my short-term memory. I was advised to see a neurologist, and I did. The neurologist said my symptoms mimicked the Guillain barre syndrome, but he did not know that for sure. It is a rare, autoimmune disorder in which a person’s immune system damages the nerves, causing muscle weakness and sometimes paralysis. GBS can cause symptoms that last for a few weeks to several years. Most people recover fully, but some have permanent nerve damage. He wanted to run more tests and put me on steroids. I followed my intuition; I realized that Doctors masked the symptoms with drugs and did not heal the root of the issue. I stopped going to the doctor and began searching the internet for healing myself. I had some form of autoimmune disorder that I knew.

After I left the neurologist, I became a vegetarian cold turkey and began juicing fresh cold-pressed juice daily. I knew I was on the right path because I felt my symptoms dissipate. I started an aggressive treatment of acupuncture and took Chinese herbs for months. The acupuncture instantly healed my drooping face in days; I can attest to that. I have been on this healing journey since 2017; I changed my diet and approached holistic medicinal strategies. I got massages, reiki healing, acupuncture, and saw an iridologist. I did this for years, but what took my holistic medicine healing to a different level was my mindset.

I began healing not only with what I consumed in my body, but I had to do a detox of my mindset and the trauma I had experienced. I read books and implemented strategies to move the energy within my body. I used meditation, journaling, mantras, affirmations, reiki, past-like regression, and other modalities to do the mindset work. I worked on releasing the energy that no longer served me and replacing it with love and forgiveness. That means setting boundaries, valuing myself, communicating, forgiveness, intentions, and a plethora of healing work.

There are so many other life-changing experiences I left out in the interest of time, but I want to use my dark moments to show you how to transmute that energy to heal yourself and spread knowledge.

I created Women Want Wellness because I have many messages to share. I am married with children and checked off so many superficial boxes that I still have a void within me. Many women feel this way. I ignored this feeling for many years and decided to step out on faith. Somebody needs to hear my story; I can help women; I have something to offer this world just as you do. I encourage you to do the same.

Women Want Wellness embodies the overall mind, body, and spirituality. I am here to teach you how to empower yourself so that you can teach others—spreading love and knowledge. The work is physical; it is nutrition; it is a mindset; it is inner work, self-love, and much more. You are the healer of your temple, and I want to help guide your intuition of the goddess within your sanctuary. 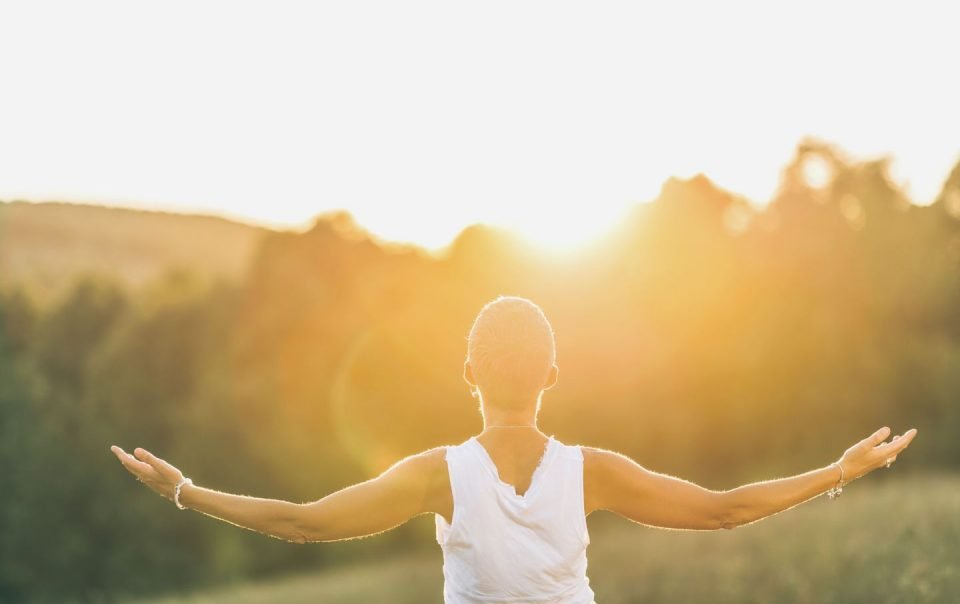 How to Release and Let Go 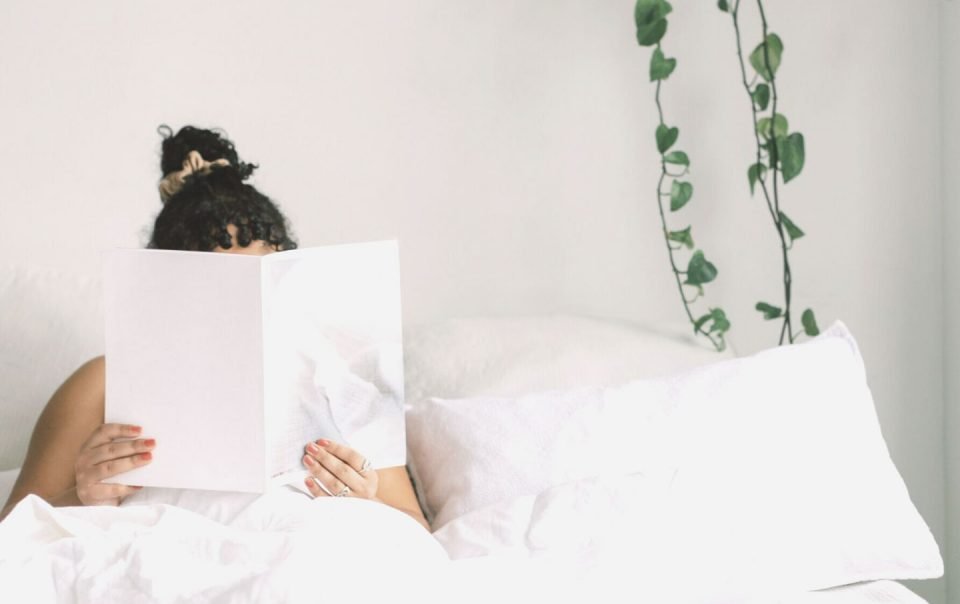 How to Nourish Your Spirit Self-Care to Support Well-Being 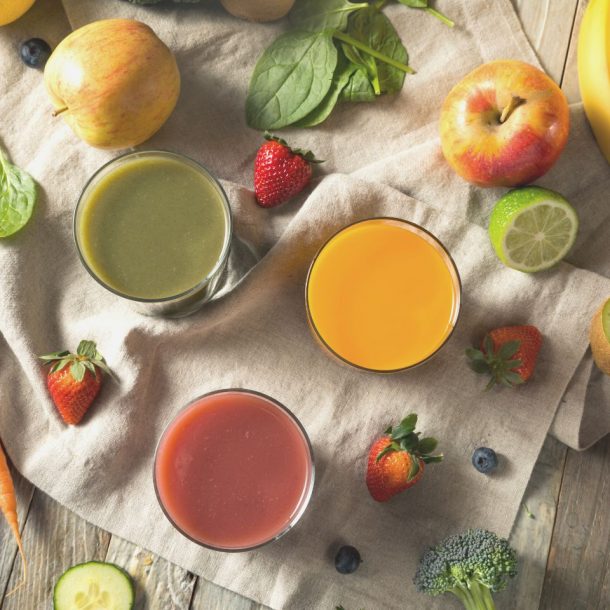 Juice your way into Wellness
Next Article
Experience